In 2020, many classic JDM cars can now be imported to North America, including Quebec, Canada and the United States of America. Here are our top 10 classic JDM vehicles you can now import:

And if you would like to see what most of Canada can import this year, visit the top 10 JDM cars Canadians can import in 2020. 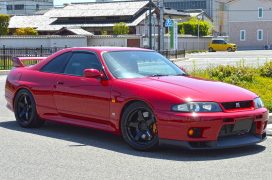 The R33 Nissan Skyline GT-R (BCNR33) was introduced in January of 1995, even though the R33 platform for non-GTR’s was already being sold in late 1993. This means it is possible to find units to import at the very beginning of 2020. It used the same RB26DETT engine with “280hp” as the previous R32 GT-R and the same transmission, though with stronger syncros and a few other small tweaks. It has the ATTESSA all-wheel drive and super-HICAS four-wheel steering. The V-Spec was also available at the same time with different suspension, newer AWD system which included an active LSD. 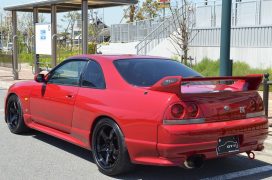 Looking to purchase a 1995 Nissan Skyline GT-R? Here’s how to do it! 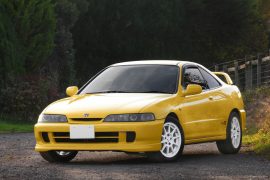 Honda introduced the first JDM Integra Type R in October of 1995, which had a 1.8L B18C engine producing 200hp, and a close-ratio 5-speed standard transmission with a helical LSD. Compared to the regular integra, it had improvements to increase the body’s rigidity and reduce weight including larger strut tower bars, and altered springs, dampers and sway bars. They also rid the car of a moonroof, vanity mirrors, rear wiper and cruise control, while A/C was still an option. This weight reduction saved 200-300lbs compared to its counterparts around the world. For the interior it was given a 10K RPM tach, revised seats and a titanium shift knob. For the running gear it still had 4 bolt wheels but had larger rotors and calipers. 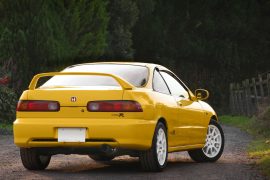 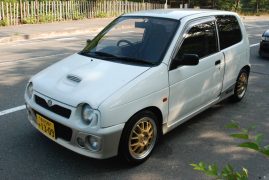 As a kei car, the Suzuki Alto was built to be cheap to buy and run, and the fourth generation (HA11) debuted in November 1994. However, the Japanese like to make their vehicles unique and sporty, and produced the Works RS/Z model in front- or all-wheel drive models, with a new 3-cylinder 64hpturbocharged K6A 658cc engine on the HA21 model. It was also offered in 3- or 5-door sedans, and a 3-door van version. Mid-year they also offered a Limited model with stereo upgrades, keyless entry and power locks. A Works R (HB21S) version with less than 100 units produced was also offered with tweaks to the engine to increase the horsepower to about 80hp (even though the official numbers remained at 64). These engines were known to like boost, and overall was a common engine used in many kei cars Suzuki offered, like the Cappuccino and its Carry truck. 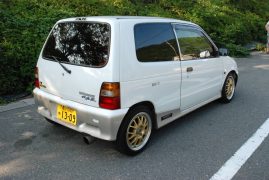 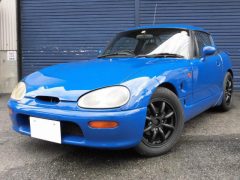 While the Suzuki Cappuccino was introduced in 1991, it was revised in May of 1995 with the EA21R. The car itself is a small, two-seat Kei car with a detachable hard top that can convert from a coupe, to a t-top, a targa or even as a full convertible. It only weighs 1,600lbs, using aluminum for a bunch of the panels to save weight. It uses a 3-cylinder turbocharged 675cc engine mounted front-mid with rear-wheel drive. The F6A engine was replaced with the K6A engine in the EA21R, now using a chain drive, with power listed at the 64hp mark (the maximum for Kei cars). Many have found this value low and have also tuned these engines to make a fair bit more power. To handle its power, it had disc brakes at all 4 corners, and had aluminum double wishbone suspension. 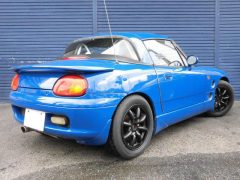 Need a 1995 Suzuki Cappuccino for a cruise or the track but won’t jolt your wallet? We can find them! 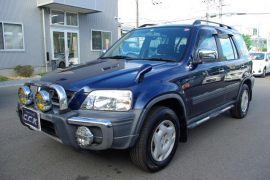 In October of 1995, Honda used its existing Civic platform with an SUV body to create a compact crossover. It came with just one trim level powered by the B20B 2.0L engine with 130hp, an automatic transmission and all-wheel drive. It had a unibody design, double wishbones on all four corners, had seats that folded down and a picnic table stored in the rear. 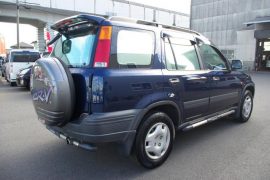 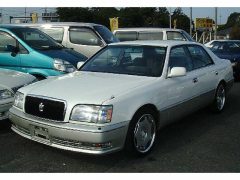 Since 1955, the Toyota Crown has been produced as a mass-market mid- to full-size luxury sedan and hard top for the Japanese marketplace. The base models were often used as taxis, while the more luxurious ones were popular for government. August of 1995 brought the new 150-series Crown sedan with Royal Extra, Royal Saloon, Royal Saloon G, and Royal Touring trim levels. It had many options for engines, including 2.0L (1G-FE), 2.5L (1JZ-GE), 3.0L (2JZ-GE) and 4.0L (1UZ-FE) varieties. One of the new options in the Majesta was vehicle stability control, a first for Toyota. 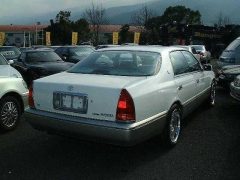 We can find you any of those trims of the 1995 Toyota Crown, just follow these simple steps! 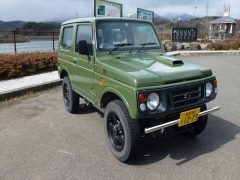 In November 1995, the Suzuki Jimny received a large update. As a four-wheel drive off-road mini SUV, Suzuki decided to include a coil spring suspension while keeping the live axles. It still was primarily driven to the rear wheels, with selectable four-wheel high and low modes using the revised K6A 3-cylinder engine with 64hp. The interior was also redesigned with a new dash and steering wheel, new seats, and a slightly retooled exterior. There were optional hard top, convertible and panoramic versions offered. 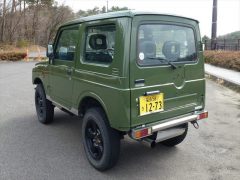 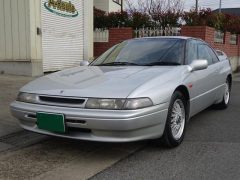 Designed by Giorgetto Giugiaro of ItalDesign, the Subaru Alcyone SVX had an interesting window design, and was only produced for a single generation. The last trim version, the S4, was released in July of 1995 and was the final version of the vehicle. It had the naturally-aspirated EG33 3.3L horizontally-opposed boxer-6 cylinder engine with 240hp (the largest engine Subaru had produced at that point), only had an automatic transmission and full-time all-wheel drive. Independent strut suspension and disc brakes were on all four corners, with cruise control and an optional sunroof. Specially forged BBS wheels were also used on this version. 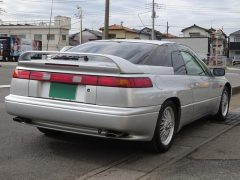 If you want to get the final S4 spec of a Subaru Alcyone SVX, here is the way to get started! 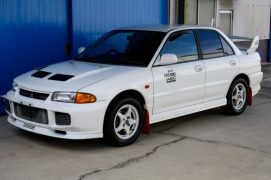 The Mitsubishi Lancer Evolution III (CE9A) was released in February of 1995, with a number of upgrades over the Evo II. It had the 2.0L turbocharged 4G63 engine with 10hp more, up to 270hp, a 5-speed manual transmission, all-wheel drive and disc brakes on all corners. To increase downforce, a new body kit, revised nose, and larger rear wing were added. The GSR trim was offered with creature comforts like air conditioning and power windows, whereas the RS trim removed the AC, had manual windows, no radio or rear wiper. 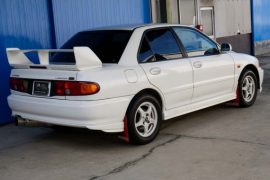 If you need some speed, here’s how to import your 1995 Mitsubishi Lancer Evolution III (Evo 3 CE9A)! 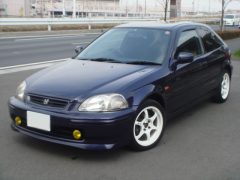 In September of 1995 the sixth generation of Honda Civic was introduced with a hatchback, sedan and coupe models, with the hatchback (EK2/3/4) being the most popular in Japan. The top of the line SIR/SIR II models had B16A engines with 155hp for the automatic, and 170hp for the 5-speed manual versions. The SIR II had a few more features than the SIR, including airbags, ABS and navigation as options, with power windows, locks, adjustable steering wheel height and leather steering wheel as standard. 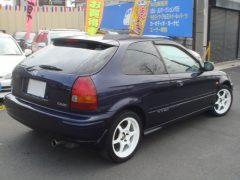 We take the hassle out of getting your 1995 Honda Civic, SiRs and madams – get started today!

Lucky for you, we’ve created a simple how-to for the entire import process:

Powered by WordPress. Built with Automotive.